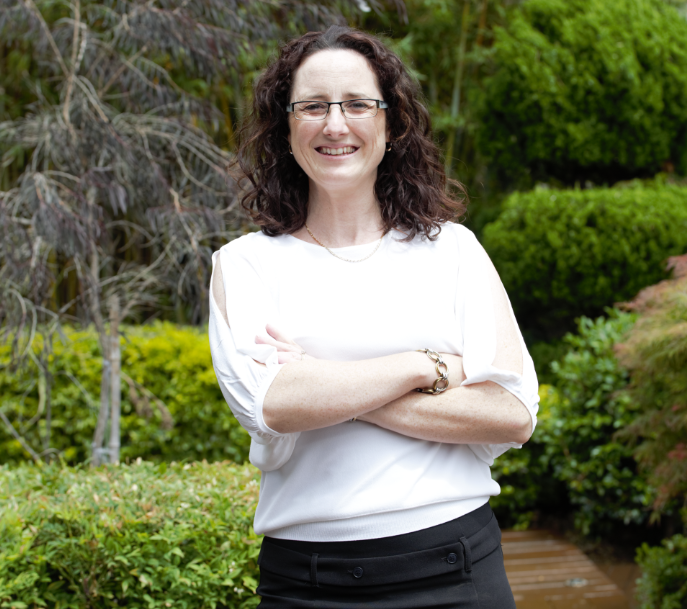 Most of us in business know of the work of Abraham Maslow.

When he proposed his now famous “hierarchy of needs” in 1943, he placed the most basic human physiological requirements at the base of his pyramid.

It was only when these needs were met, he theorized, that one could attain the safety and security needed to find a sense of love and belonging in society. And once we’d done that, we could move further up the pyramid to reach what he referred to as ‘Self Actualisation’.

Australian lawyer and founder and managing director of Aspect Legal, Joanna Oakey, has actually observed an interesting paradox with regard to happiness that seems to turn Maslow’s Pyramid on its head. And it’s come from her focus on happiness.

When Joanna was traveling around the world with her sister, she noticed that many of the people without the resources that others often take for granted exuded a deep happiness in spite of it.

This stood in stark contrast to those in more affluent societies that too often seem to find something to be unhappy about – even though what Maslow described as their ‘basic’ needs; were met. It’s likely we’ve all noticed something similar too.

This surprising observation of warmth and sometimes small moments of joy in unexpected places repeated itself again and again as Joanna visited Indonesia, then Vietnam, Laos, and Cambodia. The paradox came into sharp focus when she was watching some children in Cambodia playing soccer with a piece of rubbish in the street and being as happy as they could be.

She couldn’t help but to compare them to children – and adults for that matter – in much better living conditions who don’t always appreciate what they have.

“We get so caught up with everyday stuff, that we forget some of the things that are really important,” Joanna says.

Joanna grew up in a loving family that, she told us, always reminding her of how lucky she is. Often having foster children in their home as a child, Joanna understood early that not all children enjoyed that strong bond of love and family that she always had. She knows how fortunate she is. And that helps her focus on making our world just a little better for others.

Ending poverty one email at a time

Joanna started Sydney-based Aspect Legal in 2009 after she realized that working for other law firms, both large and small, didn’t give her the resources or opportunities to make a meaningful difference in the world.

Not the kind of person to sit idly by, Joanna took control and focused her legal talents on helping others navigate the legal aspects of building and operating businesses of their own. She established quite a reputation and so her loyal client base eagerly followed her on her new venture. She was looking for a better way to make an impact – and she found it in running her own firm.

She was helping people improve their own lives by providing the legal tools needed in the tough start-up market and in various aspects of commercial growth, something that opens jobs and opportunities for others.

A mother of two, managing director of her firm, (and a leading podcaster too), Joanna was doing great for herself, her family, and her clients. But she wasn’t finding the depth of meaning she sought, as her success came with the ever-present knowledge that so many others in the world were not as fortunate.

Even though she was inspired in her travels by how many of these people managed to find happiness in the direst of circumstances, she wanted to do her part to make life easier for them.

But she also knew that there was only so much she could do to help. The numbers of those in poverty are staggering and it seemed an almost futile effort, even for one dedicated Aussie.

Joanna wanted to make a difference but agonized for months on how do to so.

She realized that while she was looking for a cause that resonated with her and her company and trying to figure out how to make a meaningful impact, there were still people in need, waiting for hope and help.

She knew she had to act – it was time to get moving. Joanna saw an opportunity to get started on her quest to move the needle on global poverty with B1G1.

Her Sustainable Development Goal, SDG 1: No Poverty, proved to be a perfect fit for the type of fundamental impact that she and her employees were trying to make. 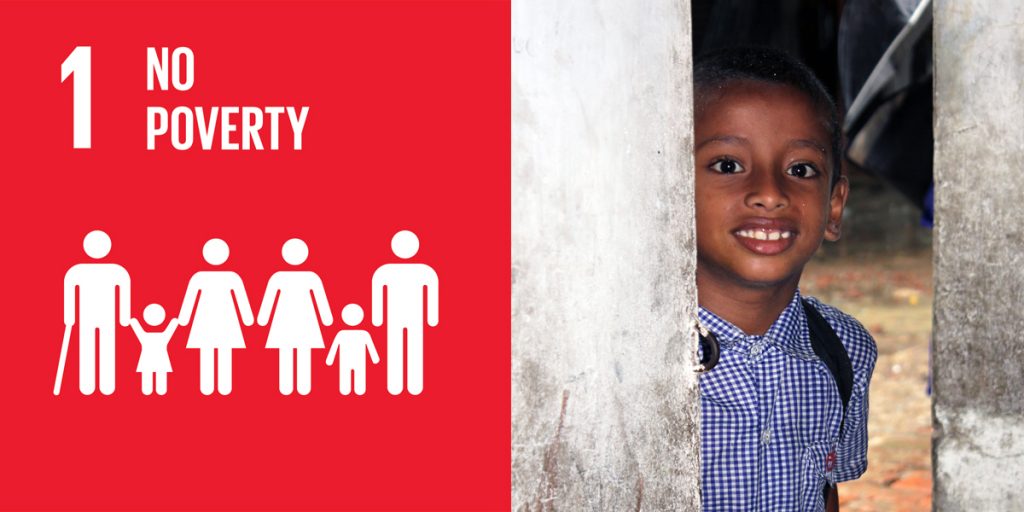 Like many of her clients who are just starting out in the business world, Joanna and Aspect Legal began with small goals and projects. They started by giving 20 days of support to keep families together in times of poverty every time they received a business referral. For her part, Joanna gives a day’s worth of grain seed going to nourish children in Malawi for every email that she sends– and she sends A LOT of emails. Already  it’s resulted in over 14 years worth of donated grain seed. What seemed like minor acts of generosity are really beginning to add up!

A legacy of connection

It wasn’t long before the giving spirit started to become ingrained in Aspect Legal’s workflow, with the enthusiastic support of employees and clients alike.

Clients are appreciative of Aspect Legal’s efforts, often writing back to express their gratitude for being included. Every few months, they change projects, involving employees in the process. Without even planning it, the culture at the firm has changed. There is a new sense of connectedness – not just between Joanna and her team and their clients, but also those they have set out to help.

One thing that Joanna has noticed in her travels that really stuck with her is that people can find happiness in the simplest aspects of life – even when they have nothing else – if they have a family to love and care for them.

So as she helps those in poverty, she sees this as a lesson for her, for her children, and for others in more affluent situations that we are all connected and can learn from one another.

As for her legacy, she has set out on a path to ensure that her life and work had a deeper meaning and to spread the understanding that our connection to one another gives us a deep bond.

“I just want for my existence to have made a difference and I want to have taken all of the gifts that I’ve been given and have been able to make the most out of them.”

She hopes her children follow the path she has laid out, looking for the most meaningful aspects of life, finding joy and happiness in simple things, feeling a connection with others, and knowing that that even the smallest acts of kindness and giving can grow to change the world and ourselves.

Aspect Legal is B1G1 Legacy Maker for the week of 25 March 2019. By sponsoring the B1G1 giving space for a week, Aspect Legal has enabled thousands of giving impacts to be created around the world.