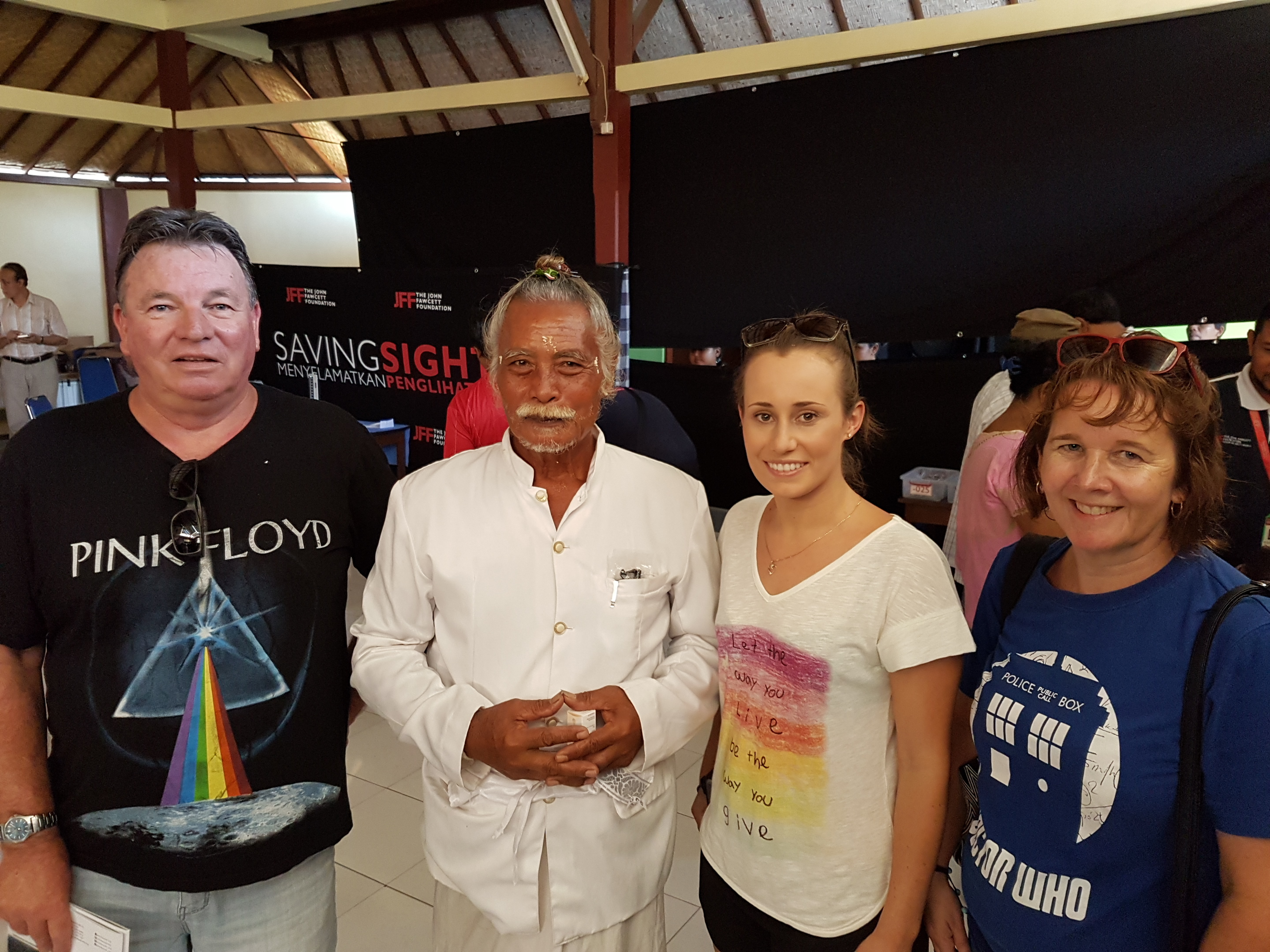 Peter Fowler and David Keith are part of Collins Hume, a multi-award-winning Australian Business Advisory firm based in the rural area of Ballina in New South Wales.

On a global scale Ballina is small — some 44,200 people in the local area. Yet through the work Collins Hume does, their impact extends way beyond that area. Already their giving in B1G1 exceeds 12 Million direct impacts.

And they always look at things with a different set of eyes. And interestingly enough, sight has become central to many of the things they now do. 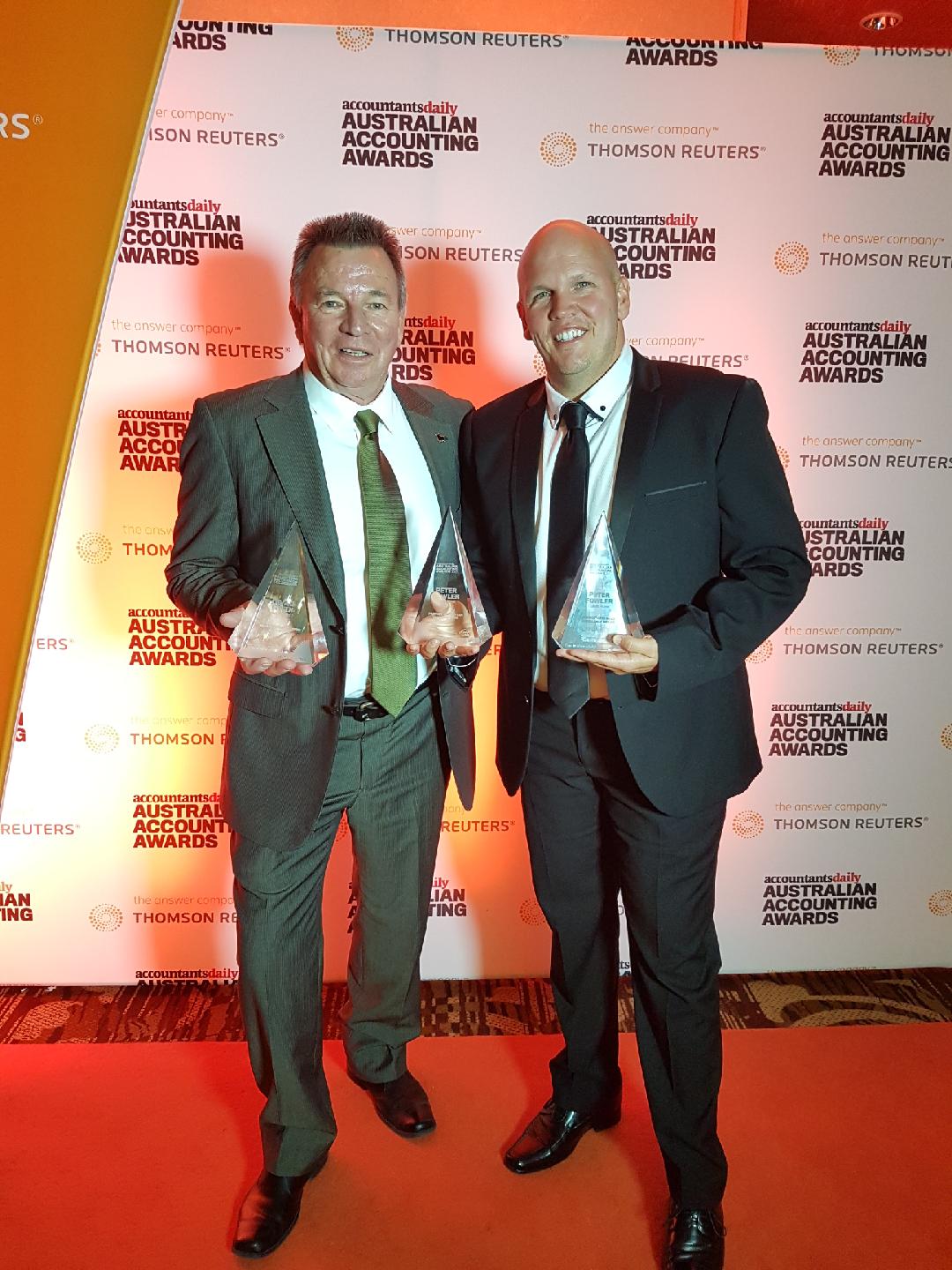 Peter and David were once visiting clients in Bali, Indonesia. While there, they also visited a mobile eye clinic set up by the John Fawcett Foundation. The Foundation helps prevent and cure blindness and other eye-related issues in Bali — interestingly Bali has a high incidence of eye disease because of the lack of key nutrients in the local diet.

Their driver – a local man – noticed a brochure for the Foundation on the car seat and proceeded to let the two men know how profoundly its services have impacted his family. Not only did the man receive eyeglasses from the clinic, but his mother-in-law was able to get much needed cataract surgery. These two seemingly commonplace occurrences had a domino effect on the man, his family, and even their village. His improved vision allowed him to become a professional driver. His mother-in-law was able to live more independently, giving her daughter’s family the freedom to start their own business and put their son through school. The son later returned to teach children in the very same village. 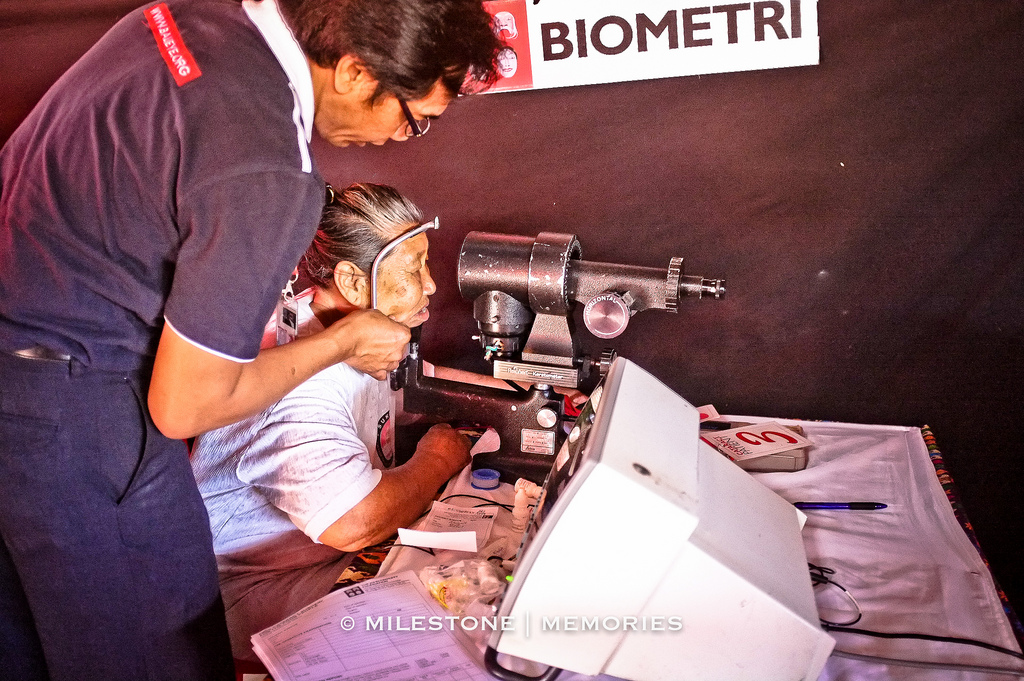 The John Fawcett Foundation provides eye-check to patients in Bali

And that ‘ripple effect’ opened Peter and David’s eyes as well. They realised that necessities we often take for granted, like eyeglasses and routine surgical procedures, can have a life-altering impact on people who normally would have limited or no access to them.

Unfortunately, in many parts of the world, access to something even as basic to human life as clean water is one of those rare necessities. That is why Peter and David have opted to tackle UN Sustainable Development Goal (SDG) #6: Clean Water & Sanitation.

…and not a drop to drink

Water is the most fundamental need for life on earth. Although it’s seemingly abundant – clean, fresh water is frustratingly scarce for nearly 40 percent of the human population. And it’s not just having safe drinking water that’s the issue. Water is also necessary for cooking, irrigation, and sanitation. And sanitation itself is such a problem in some areas. The UN estimates that over 1000 children die daily from illnesses caused by lack of access to clean water and proper sanitation.

“We can make a difference by investing in adequate infrastructure,” they say. “Building wells and providing sanitation facilities means we can encourage better hygiene, reduce disease and illness, improve agricultural production, and provide a better life.”

Australians, generally, are no strangers to water scarcity. With many living on the fringes of a largely desert climate, droughts and water shortages are not uncommon. But even under those conditions Australians in urban areas don’t have to contend with the extreme supply or contamination crises as other parts of the world do, where many are forced to use the same source for bathing, drinking, and waste.

Peter has witnessed children in African schools with no running water or toilets, drinking from potholes in the road, or having to trek miles to a clean water source.

“For so many people, water is not just about drinking; it’s actually about survival,” they observed.

This experience inspired their support of Clean Water and Sanitation projects in Tanzania and Malawi through B1G1. 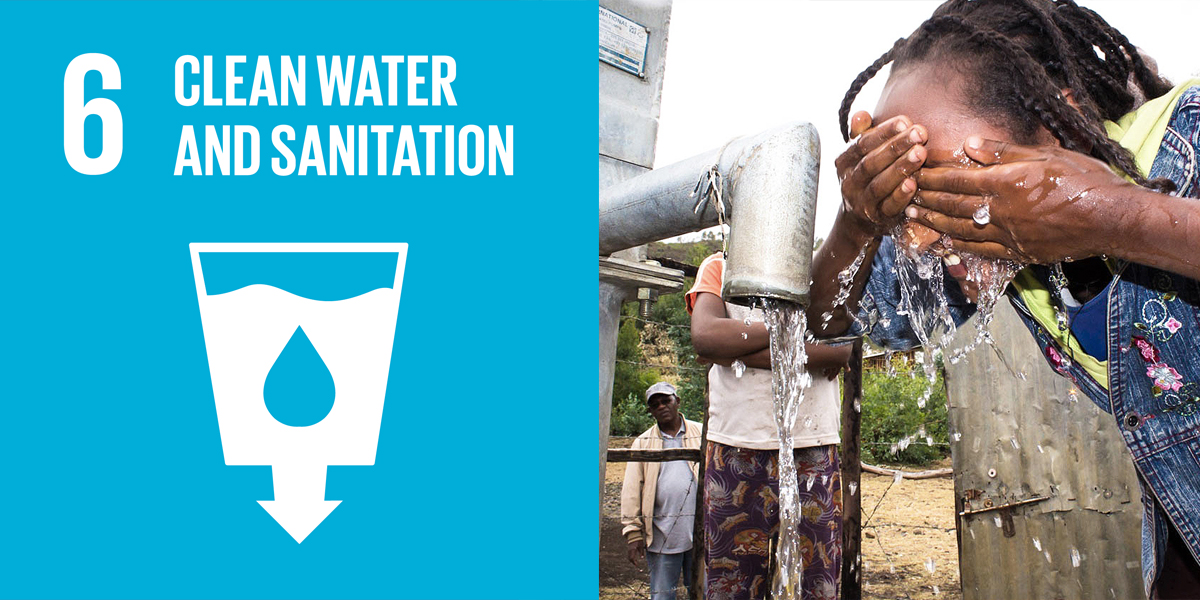 Peter and David have made their business success translate into real impacts for the people that need it the most. And they don’t see profit as a ‘dirty word’, but rather an opportunity to improve the world. The key, they say, is to deliberately accompany the drive and vision needed to generate profit with a sharp sense of purpose. They encourage other businesses to take the same approach, and hope to leave a legacy of other businesses following suit with purposeful practices.

They also use the lessons they have learned to nudge others who want to help into taking action, even if they think they don’t necessarily have the time or resources to make a significant difference right away. Their experience in Bali taught them that the smallest actions in the right direction can have positive consequences in ways that they hadn’t previously imagined.

Their key advice is not to wait. They urge us all to get started now in any way we can. They point out that you will be surprised at both the short and long term benefits of your efforts, not only to the beneficiaries of your generosity, but to yourself as well.

“We love what we do,” say Peter and David, “and we love giving back to our community and those less fortunate around the world. We believe in business and we believe in a better world.”

Collins Hume is B1G1 Legacy Maker for the week of 20 May 2019. By sponsoring the B1G1 giving space for a week, Collins Hume has enabled thousands of giving impacts to be created around the world.