HOPE FOR CHILDREN – From Australia to Ethiopia 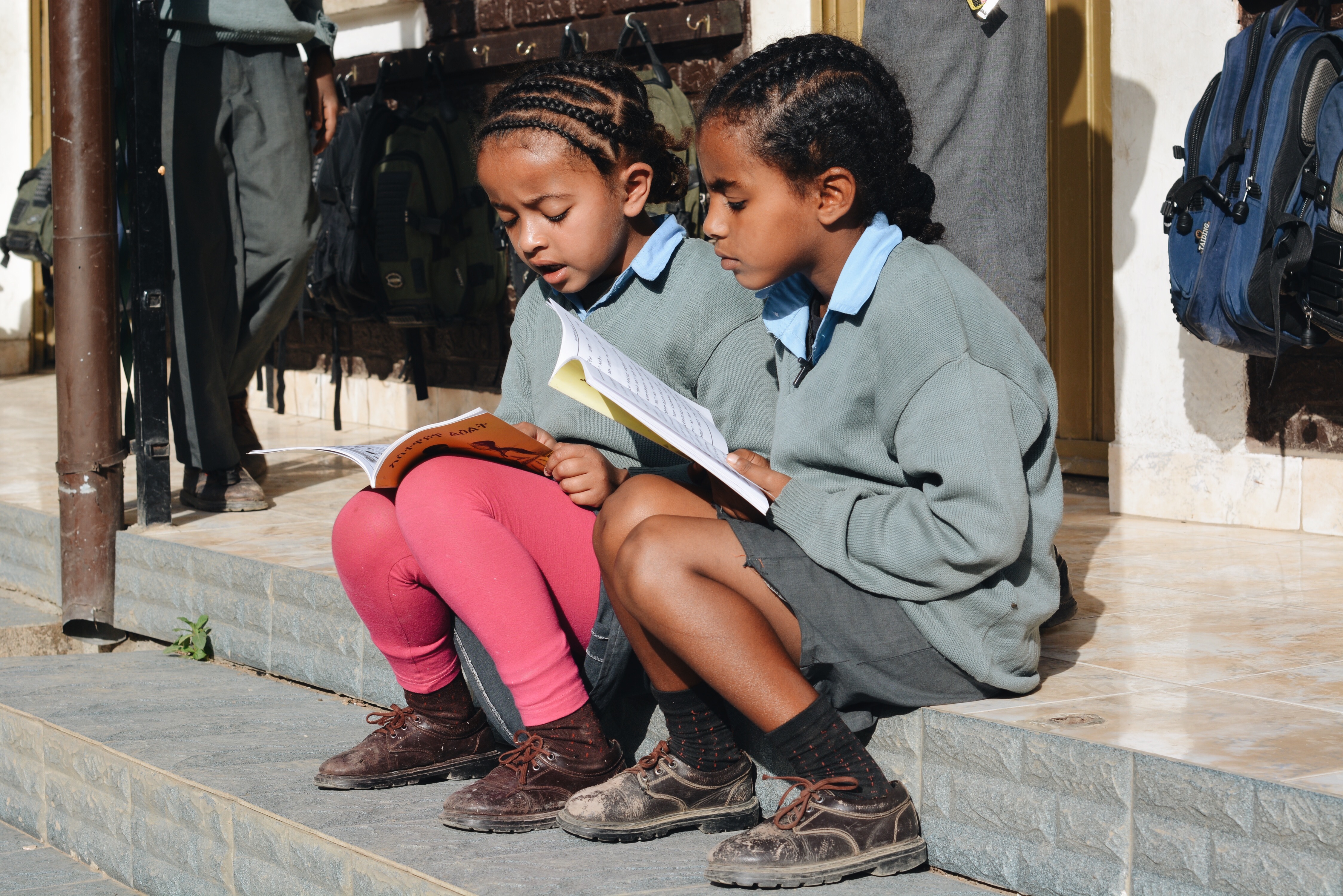 Hope For Children Organization Australia was founded in 2004, but its founder Jacqui Gilmour’s journey to change the world has already started several years earlier. Jacqui has been deeply engaged with Ethiopian communities since the 1980s, pioneering programs in areas ranging from famine relief to the front lines of the HIV/AIDS crisis.

Ethiopia, officially the Federal Democratic Republic of Ethiopia, is a country in the northeastern part of Africa, known as the Horn of Africa. With over 110 million inhabitants, Ethiopia is the most populous landlocked country in the world, with the capital of Addis Ababa being the largest city. The country has an incredibly rich heritage and has made tremendous economic progress after the civil conflicts and communist purges in the 1970s and 1980s. However, Ethiopia is still one of the poorest countries in the world, ranking 173rd out of 189 in the UN Human Development Index of 2019, with approximately 30% of Ethiopians being unable to meet basic nutritional needs.

This is where Hope For Children Organization Australia makes and continues to make a difference. They work with vulnerable Ethiopian communities in the areas of health, education, and livelihood to alleviate the widespread poverty and create opportunities for its people.  In particular, they believe in creating more opportunities for youths, to foster agency and to allow them a chance of a future that is not dictated by the economic situation of their families.

The Hope for Children Organization, however, believes that providing nutrition and education alone is insufficient to break the poverty cycle. Therefore, their approach is a more holistic one that involves the entire community.

This means that next to supporting families and young people to economic independence and providing access to quality education and opportunities, they also foster community-led initiatives and promote healthy communities and practices. Their approach is unique, with numerous examples that prove them right.

One beautiful one is Yared. During her time engaging with Ethiopian communities, Jacqui has met and spoken with thousands of children living on the fringes o Ethiopian society—on the streets, in orphanages, in impoverished neighbourhoods. Yared was one of these children. As a young boy he lived in a one-room home with his family until his father was drafted in the war with Eritrea and never returned. The rest of his family died of tuberculosis soon thereafter, forcing him to the streets for three years, He eventually landed in a series of orphanages and it was there, aged nine, that he met Jacqui.

Their friendship continued to develop, and some years later Yared began working for Hope for Children as an interpreter. Jacqui and Yared spent countless hours discussing and reflecting on their many interactions with children, ultimately arriving at the question that prompted them to found the School of St Yared: “What might be possible for Ethiopia’s poorest children if they could realize their true value and potential?”

Yared is not only the co-founder of the St. Yared school in Addis Ababa but he continuously inspires, motivates and supports children in the same situation he used to be in. 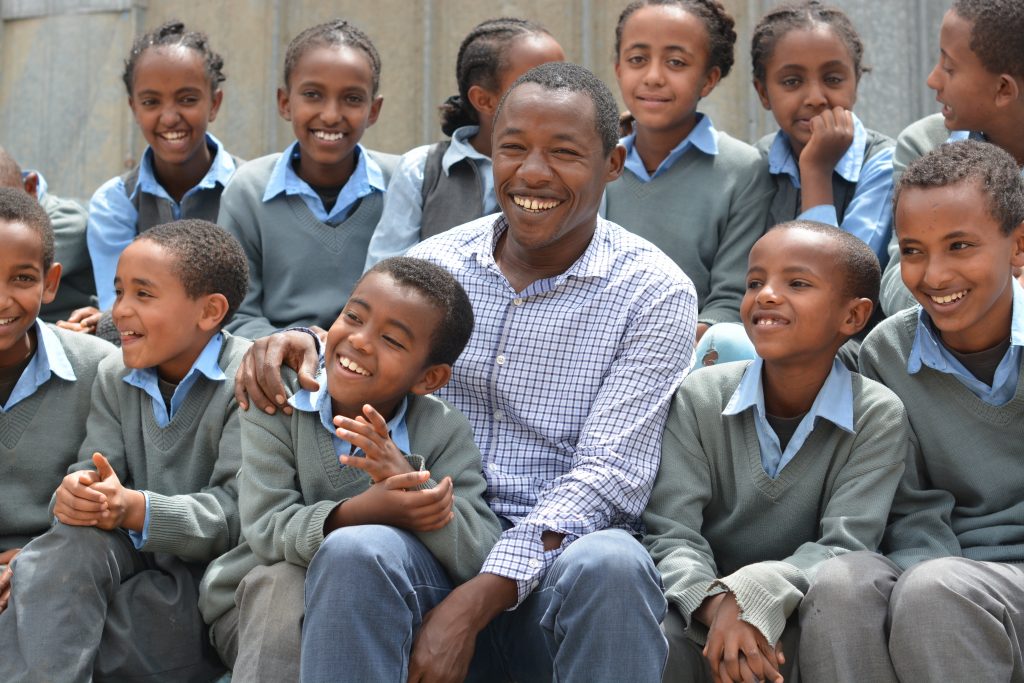 The school of St. Yared

In 2009, the organization opened the school of St. Yared in Addis Ababa with the vision of giving the best opportunity to children who would otherwise not go to school due to extreme poverty, poor health and family circumstance. And even if they were able to attend school, it is not a rare sight to see 80 pupils in one class in Ethiopian public schools, being schooled in rote learning with little correlation between subject matter and application. 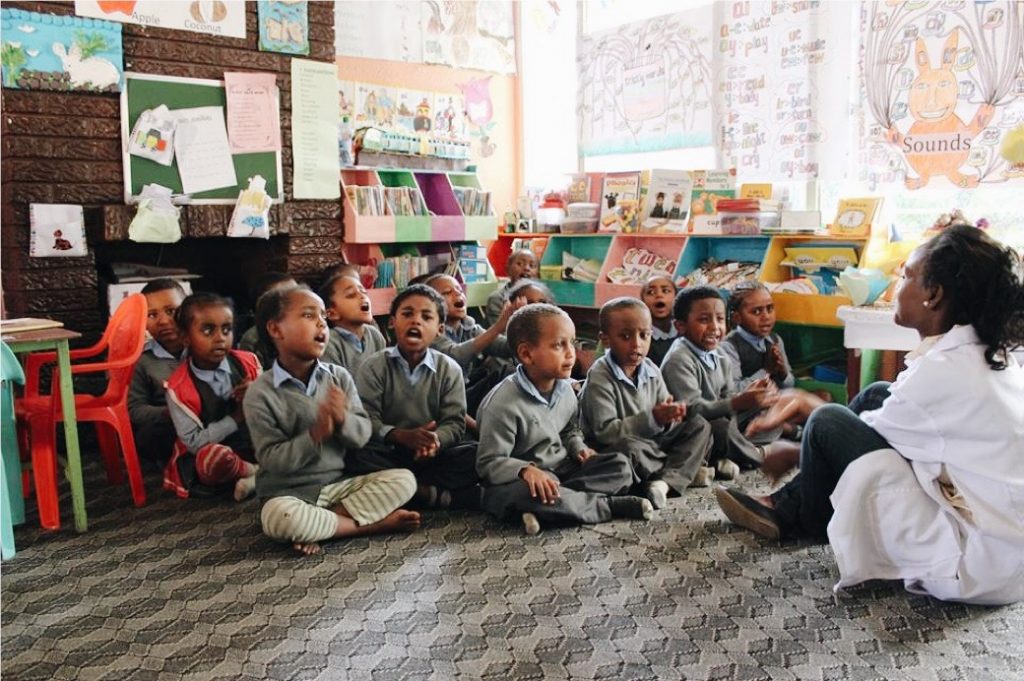 The school of St. Yared follows a different approach.

They forge a meaningful connection and dynamic exchange between what is learned in the classroom and students’ lives outside of school.

They strengthen the Ethiopian curriculum with the International Primary Curriculum, so that the students are literate in both Amharic, the local language, and English. Furthermore, they encourage digital literacy. Not only does every teacher have access to iPads to source teaching resources and inspire lesson planning, iPads are also used as teaching tools.

Not only has the content of the curriculum been adapted; their teaching methods and pedagogical approach have a clear focus on providing an all-embracing education. Their practical child-centred teaching techniques nurture independent learning, embrace real life application and develop critical thinking skills. Additionally, home group sessions support students’ personal, social and emotional development, setting them up for academic success.

Additionally, the school also provides three nutritious meals a day: breakfast, lunch and a snack. This not only alleviates short term hunger but also improves their nutrition and health, making them stronger and more energetic. That alone has also improved school attendance to 98.7%, and the fact that the children receive food at school frees up resources with their families at home. 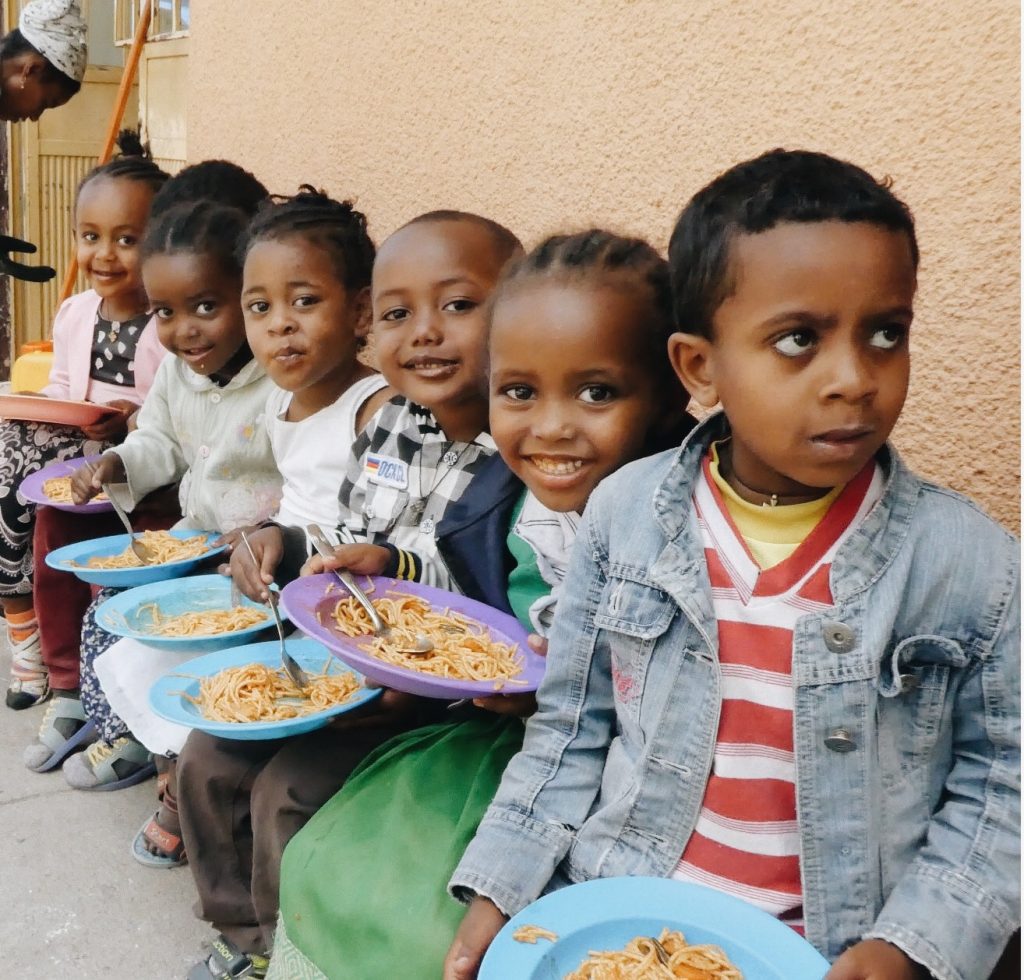 And next to quality education and food, the school even provides health care. They have on-site nurse and every child receives a yearly dental and health check. This is where the Hope For Children’s holistic approach comes into action.

In 2018, 56 of School of St Yared’s 8th grade students took the National Exam. This was the very first time students from St Yared were officially tested against national educational requirements and it was an important test for the school effectiveness and performance.

The results were unexpected. 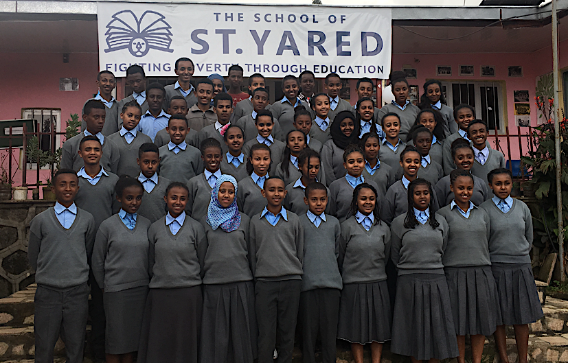 On the national scale, 75% of SSY students scored grades over 75%. Eight of the students received grades over 95% and two out of them scored over 99% – the best results in the country.

The Hope For Children Organization Australia and B1G1

The Hope For Children Organization Australia joined the B1G1 Worthy Cause program in August 2019. We are thrilled to have them on board and are excited to introduce their projects to this wonderful community.

We believe in the potential of all Ethiopian children. We envisage a time when, driven by the availability of a quality education, all Ethiopians will have the opportunity to participate meaningfully in the future direction and development of their country.

The Hope For Children Organization Australia