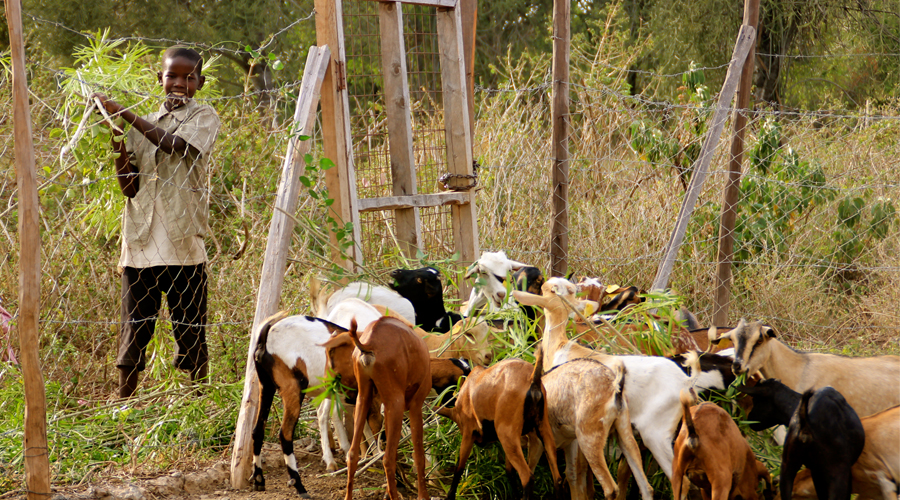 Let’s begin at the end.  The end of a remarkably uplifting video on YouTube that tours a new medical facility in Kenya sponsored by World Youth International (WYI).  Fred Mito, the Kenyan coordinator for WYI turns to the camera with a plea:  “We have just made the first step.  The need is great out there.”

The past few years have seen many projects come to fruition as a result of the strong partnership between B1G1 and World Youth International – one of Australia’s leading not-for-profit international development organisations. It all started with goats – the Happy Goat Project in the tiny village of Odede, Western Kenya.

For generations, Odede has been located in one of the most impoverished districts in Kenya, with some of the highest rates of HIV/AIDS in the country.  The B1G1 supported Happy Goat Project is run entirely by women in the local community cooperative, and over the last 18 months has provided hundreds of local families with an increased source of food and income as part of a special goat breeding program. The project has now branched out into a second village where a new model of home-based care is being tried out with great success, and a similarly strong level of community ownership.

This leads us to Fred Mito’s plea at the beginning of our story.  As Adam Whitefield, the General Manager of World Youth International told us:

“One of the key challenges facing the people of Odede is in the area of health, in particular maternal and child health. The region experiences higher than average rates of infant and maternal mortality, as well as other health issues including fistula, malaria, HIV/AIDS and water-borne diseases. Up until recently, the nearest health facility was located 10 kilometres away.”

In response to this significant need, WYI, in partnership with the local community, their village leaders and the Kenyan Ministry of Health embarked on a bold new hospital project. After two years of community consultation and participatory planning, WYI opened the brand new Odede Community Health Centre in March, 2013. The Centre aims to provide the village and surrounding areas with much-needed quality health care, serving an estimated population of 20,000 people.

Barack, the caretaker of the Health Centre, told us:

“World Youth International has made so much difference in Odede.  By the employment I’ve gotten, I have been able to move from my father’s home and build my own.  I can now pay school fees for my children and give them whatever they need – support, food, clothing, so I can be a good dad.”

This is what it all boils down to with WYI in Kenya, with a little help from B1G1.  People trying to make a huge difference in people’s lives. In addition to basic treatment and consultations, the Health Centre offers laboratory testing for malaria, typhoid and pregnancy. It also has a pharmacy and a strong emphasis on community outreach and education, particularly in pre, post-natal and reproductive health.

The hospital’s impact on the community is being continually strengthened by the ongoing support of B1G1, particularly through the provision of medical supplies and equipment, and well as the distribution of toiletries and mosquito nets.

World Youth International has been putting together community development projects and a very successful overseas volunteer program since 1988.  Add to this, the thriving food production projects, education support and small business loan programs that B1G1 has been promoting, and the people of Odede are starting to look to the future with a great deal of hope.

The mothers and fathers of Odede can now put more food on their tables, keep their children healthy, and ensure that they have the best possible start at an education that will change their lives.

What a privilege it is for B1G1 to be a part of it.

However, “…we have just made the first step.  The need is great out there.”