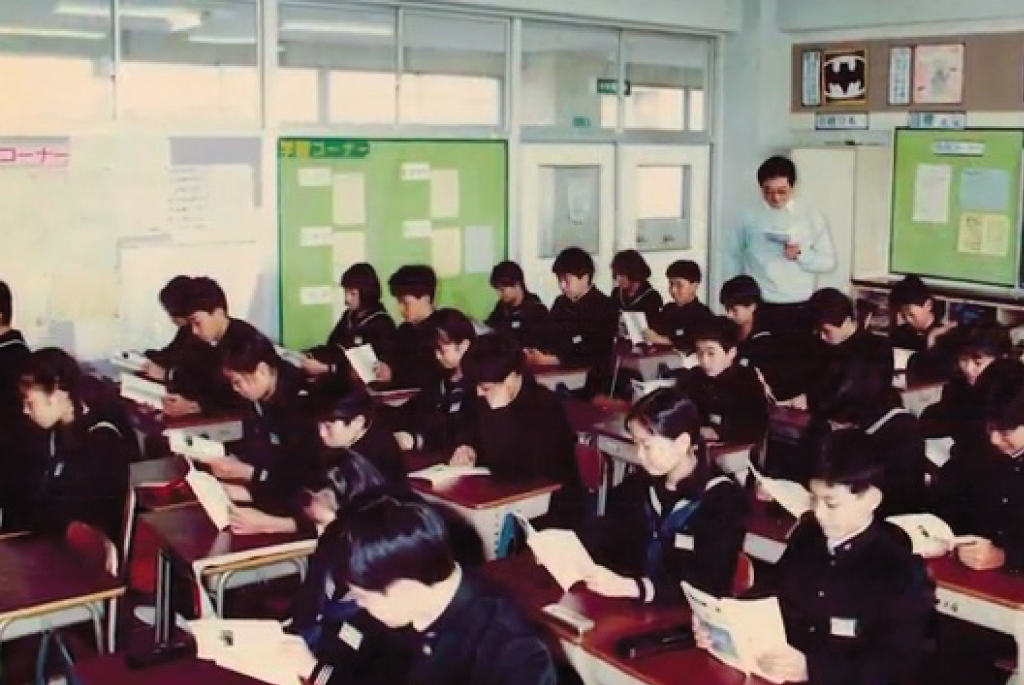 This is a continuation of the ‘Masami’s Story’ series. Read Part I: The Unusual Circumstances.

Until I started public speaking for the first time in 2006, I was scared of speaking in front of people. I never thought that I would stand on stage to talk about things.

When I was little, I was a very quiet child. Growing up in Japan, being quiet was very convenient. Society and culture expected you to be polite, respectful, humble, and not-so-different from others. If you followed everybody else’s way, didn’t speak up too much, and stayed respectful, you would be ok. So I stayed a very quiet child all through my childhood.

As I grew up, I wondered why we did all that we did. My parents worked so hard, but when they came home they would often be fighting. I could hear their arguments when I slept, and would feel very sad.

I wondered why everybody was trying so hard when all we wanted was to feel good, connected and loved.

When I finally graduated from college (I studied architecture), I went to Europe just once. I worked really hard and saved up all my money to join this European architecture study tour. To me, the foreign world was something really disconnected from the outside.

Without being able to speak any European languages, I experienced moments of amazing kindness. I thought that the outside world was amazing. Maybe I could find a better life and happiness in this outside world because it definitely wasn’t here in Japan.

Start of a new life in Canada

I worked hard, saved up money again, and went to Canada to study for a short period of 7 months.

Without sophisticated words or the ability to communicate, I found myself getting closer to people simply because I could be more open.

Just by saying ‘I love you, I like this food. I am so happy being here with you.‘ I could express myself in very simple ways and people accepted me.

I created many great friends and thought this was the way I want to live and spend the rest of my life. I ended up staying a lot longer, determined not to go back to Japan.

But my Visa was expiring and I had to renew to a travelers visa. I moved to Vancouver and decided that I was going to stay in this new city.

In Vancouver, I went knocking on the doors of cafes along the streets asking, “Can I have a job please?” They would ask me questions, and it always ended with “Oh you don’t have a work visa? No sorry we can’t help you.”

Finally, one café owner said “I like you, you can come work for us as a volunteer. Come here at 6am tomorrow.” So I said “Yes, I’ll come!”

I was about half an hour late, turning up feeling terrible. Luckily she still let me work. After that, I worked everyday from 6am to 8pm doing everything I could. One week later she said “I like you. You can work for me.” I ended up staying for 6 months.

Eventually I had to move because the Canadian government sensed me working. I got called for an appointment with a scary immigration officer who looked at me coldly saying “It doesn’t matter whether you’re working or not, you should leave Canada for at least a few years.” I obeyed.

My Canadian time had to end. I felt really sad about leaving, but I had to go back to Japan. Before going back, I still wanted to do something. I still had little bit of money left that I could use to do or learn something.

So, I chose to go to Guatemala.

When I learnt English, my life became bigger even though I didn’t even speak fluently. Just having that ability to communicate with people who came from totally different backgrounds opened up my world and transformed my perspective.

I thought that if I learnt another language, then it would open up even more…

Look out for Masami’s Story Part 3: The Epic-phany Journey, coming out next week. Subscribe to this blog through the form on the right for more updates and inspiring stories.