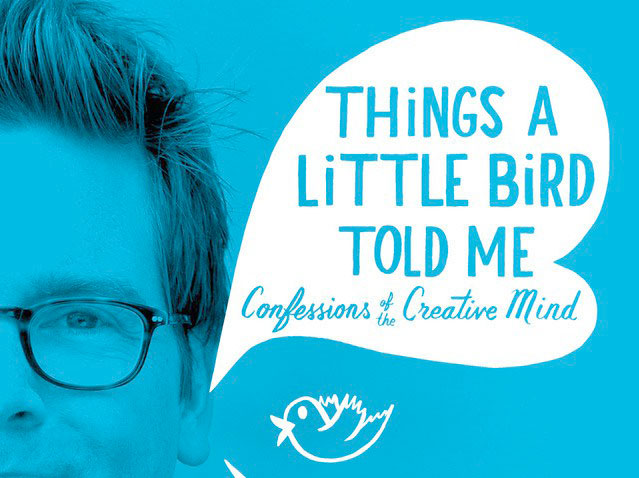 Today, I left Krabi in Thailand after a short long weekend break (actually, my honeymoon).

“Oh, it’s OK. Let’s use it for something else. I prefer reading books electronically these days.”

“No, go ahead, get a real book. You might be surprised at what you find.”

Hidden behind a pile of books in the small airport was “Things a Little Bird Told Me”, Twitter Founder Biz Stone’s autobiographic account of his life so far and, of course, the founding of Twitter.

Something about the cover (Stone used to design book covers for a living) said, “BUY ME.” So for 494 Baht, I did.

And on the cover I read Arianna Huffington’s quote about the book:

She is right too.

On the 90-minute flight to Singapore I read 85% of the book before we had to de-plane. And I can hardly wait to read the rest later tonight.

Stone’s journey is totally fascinating — and he writes about it with pace, humility and humour too. [Like me you’ll love the piece where he talks about meeting at Facebook Headquarters with Mark Zuckerberg — it is very, very funny.]

Stone talks about how Twitter was ‘always breaking down’ and how it ‘became a standing joke.’ But, as he points out, there’s always a reason for that. Stone learned to listen and to value his customers. And he also talks about how people thought they’d never make it.

He says that without those early setbacks, Twitter would not have succeeded. There’s always a reason — there’s always a gift in there somewhere ……. if only we look.

For instance, over this past weekend, we launched a brand new App called ‘Shake the World’. You can see it (and please do look and share) at http://shaketheworld.me

It’s what some people have described as the most innovative App they’ve seen. And no wonder — it allows you to shake your phone and make life-saving water flow to those who desperately need it.

We expected a viral uptake immediately — hopefully tens of thousands of users in the first day. That didn’t happen. And there’s always a reason.

It’s forced us to look again at the messaging, at the articulation and at the processes involved; just like Mr. Stone had to when Twitter had just 400 users.

And if we had not had that ‘spare’ 500 Baht, I’d never have known about Mr. Stone’s lofty goal. He says it this way:

“We can build a business, change the world AND have fun.

It may sound like a lofty goal, but I want to redefine capitalism. What better way to start than in my own company?

Traditionally, companies are driven by financial success. But I want the new definition to include making a positive impact on the world — and loving your work.

I want to set a higher bar for success. If any of these three tenets is missing, then you shouldn’t be considered successful by your own terms or those of society.”

Funny thing, those are almost precisely the values we have in B1G1.

As I said, there’s always a reason.